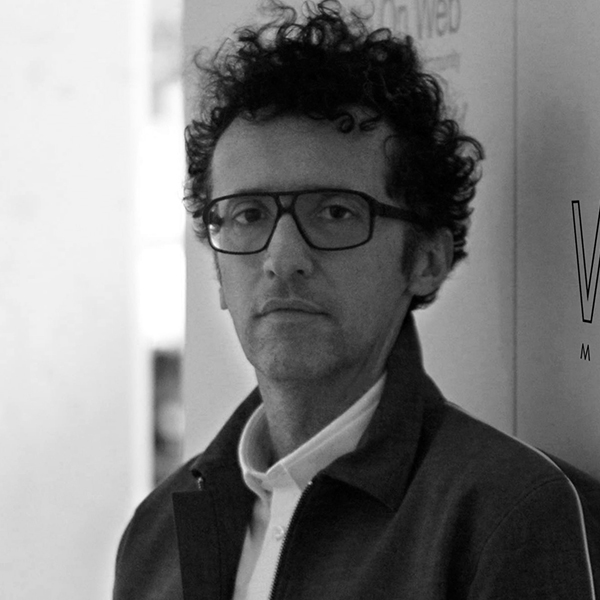 Massimiliano Bizzi was born in 1970 in Bologna and is an instinctive, vital and creative person, just like the city where he was born.
Enrolled in the faculty of Economics and Commerce at the University of Bologna, he immediately decided to work in the family business, taking full advantage of his innate talent for design and creative thinking, inherited from both parents. After his experience as a clothes designer and shoemaker in the family’s Collection Privée? brand, he decided to focus on his instincts for the innovation of trade shows, which earned him the proposal from Fiera Milano to design an area of Milano Collezioni dedicated to trendy brands and new designers.
In 2000, the manager decided to focus on contemporary fashion and research, studying a new way of marketing, in a segment now unanimously recognised as the most attractive even by the public, giving life to the WHITE trade show in 2002.
The WHITE trade show is nothing like traditional shows, but right from the beginning appeared to break away from the existing scenario, debuting with 19 exhibitors. In 2005 and 2009, Bizzi was also artistic director of the Parisian Prêt à Porter exhibition in Porte de Versailles.
In 2007, together with Brenda Bellei, his partner in life and work, he founded M. Seventy, a company that manages the show. In 2008, he chose a group of designers for WHITE who at that time were unknown, and who have now become international names, such as Anthony Vaccarello, Pierre Ancy, Roksanda Ilincic, Peter Pilotto, Marios Schwab, Jonathan Saunders. Together with the research team, Massimiliano Bizzi has always been engaged in scouting for buyers which has brought lots of new talents to the show, including Stella Jean, Uma Wang, KTZ Kokon To Zai, Nasir Mazhar, Filles à Papa.
Innovation, creativity, and the avant-garde are the key words for understanding Bizzi’s work for WHITE: the entrepreneur’s perfect intuition has made him one of the pioneers in scouting, focusing all his attention on future fashion hopefuls, inviting young designers to the show to meet with the most prestigious buyers in the world. Bizzi and WHITE have presented labels such as Lucio Vanotti, Sunnei, Julian Zigerli, Aalto, Tonsure, Cottweiler, all of which were later selected for important competitions such as the LVMH Prize and International Woolmark Prize. In 2009, the manager entered into an important partnership with the City of Milan, obtaining the patronage and continuing with the expansion of the show.
Since the first editions of White, Bizzi has gambled on the potential of the Tortona area by creating the Tortona Fashion District, and winning the challenge as demonstrated by the significant expansion of the last show which ended on 24 September. Covering an area of about 22,000 square meters, WHITE presented 562 brands (375 Italian brands and 187 foreign brands) exhibited in four locations, including Tortona 27 | Superstudio Più, Tortona 31 | Opificio, Tortona 35 | Hotel Nhow and Tortona 54 | Ex Ansaldo and attracted a record attendance of more than 27,000 visitors, with the support of Confartigianato Imprese and ICE Agenzia.