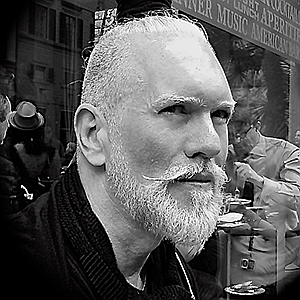 British born and educated, Adrien Roberts studied Fashion Design at Central St. Martin’s.  Menswear area of Fashion was always where Adrien wanted to research and experiment and went on to study the subject at Master’s Level at the Royal College of Art in London.

On moving to Italy, Adrien worked for many menswear brands, before setting up a knitwear label under his own name. The Adrien Parry Roberts collections sold in London, New York, Hong Kong and Tokyo in some of the world’s top stores. It was during this time Adrien began to teach fashion design.

Group Director of Education at Istituto Marangoni in Milan, London & Paris and was responsible for all the validation process with Manchester Metropolitan University and leading the institution through QAA review.

Currently Director of Education at Accademia Costume & Moda in Rome, Italy responsible for internationalisation and programme and academic development. Responsible for ACM courses at partner schools such as School of Fashion Technology, Pune, India.

As trustee and executive committee of Graduate Fashion Week London Adrien developed the International Show, which currently shows, some of the top 30 schools globally, making it the biggest international graduate event.